Born in Virginia among the green and undulating Appalachian Mountains, I later went to high school at crab-cakes-loving Baltimore, Maryland, and eventually worked in pinstripes and briefcases Washington, D.C. This was before wanderlust took me to Asia. Fate has now brought me back home to where I was born.

No matter where you may roam throughout life, only one place is real home. That’s the place where you were born into this world. For me the forever true home is Southwest Virginia.

I never did go on to become a professional football player, the dream of many American kids. Perhaps that’s because I started out with the helmet on backward. 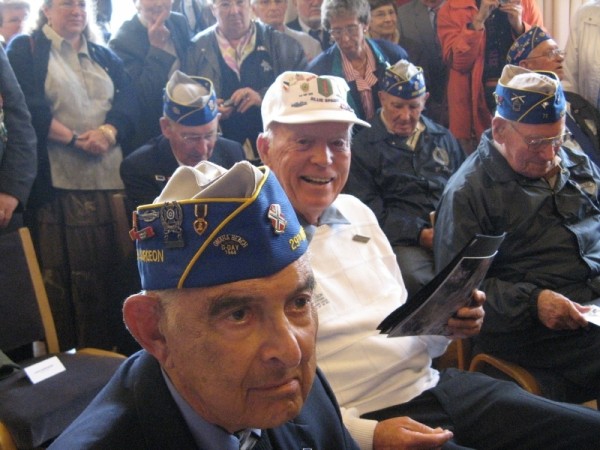 My father (smiling in the white hat) was a World War II veteran. Dad passed away in 2015 at the age of 88. An infantryman in the D-Day landing, he earned two Bronze Stars and two Purple Hearts in helping to liberate France. (Photo courtesy of  Evelyn Dixon, from a D-Day commemoration event.)